February 12, 2018
We had a very productive weekend at the Pheasant's house. After three days, we have a deck. Well, not entirely, but very close to looking like one. Fake it 'til you make it, right?

Day 0 - Home Depot Run
My dad came down on a Friday afternoon so we could get a jump start on the weekend. Any good DIY project starts with a trip to the big orange box, Home Depot. It took us two hours to figure out which supplies we needed based on the stock. FYI, apparently no one works at Home Depot on Friday night.
Here's a photo of my Pops with my purse cruising the aisles. 😂 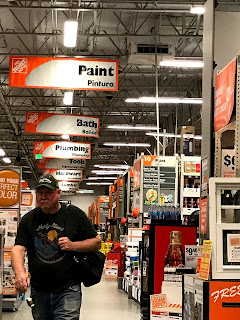 Day 1 - Setting posts
We decided to build a floating deck, which means we don't need to attach a ledger board to the house. We went this route partly because we thought it would be a easier. Partly, the ledger would be 1/2 on the wood siding and the other half of the raised concrete foundation. Sinking bolts into a 103 year old foundation? No thank you! Hence, floating deck.  Also, the deck height is only about 16" off the ground so we were able to use pier blocks instead of sinking concrete and posts. We also don't have to worry about a frost line here in sunny NorCal. 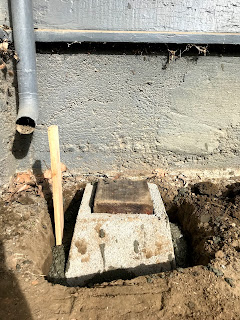 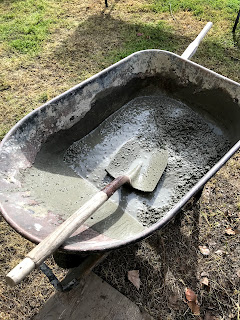 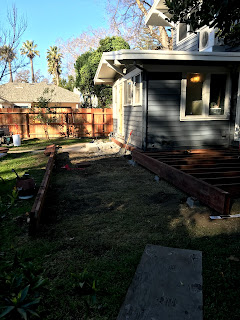 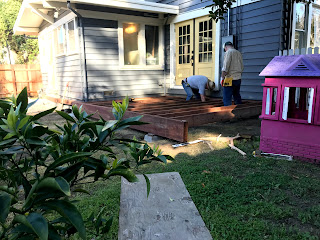 I want to give a shout-out to our realtor's husband who helped the Handyman and Pops while I went to a baby shower. Also, World's Most Amazing Friend who came over to help but ended up just providing moral support.

Day 3 - More framing and board cutting
Today we finished cutting the joists and secured the second half of the beams to the piers. Here's what the deck looked like at the beginning of our day. 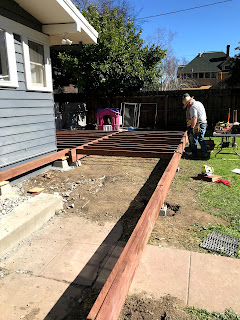 I took the truck to get the deck boards while the men worked. In the afternoon, the Handyman went and got more deck boards. Folks, we still don't have enough deck boards. Home Depot can officially have all our money.

We worked on the joists until about 2 PM before breaking for lunch. The last bit of the afternoon was figuring out how to lay out the deck boards. 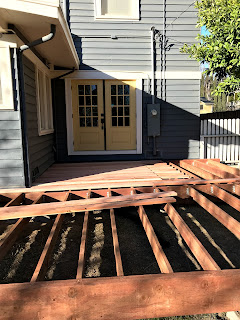 The end of the day, we ended up dancing a jig on the 1/3 of the deck we have sort-of finished. We still need to screw the nails in but it actually feels like we finally have a deck!
More to come next weekend when we have a chance to finish laying/screwing the boards and working on the steps! 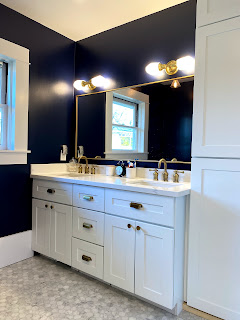 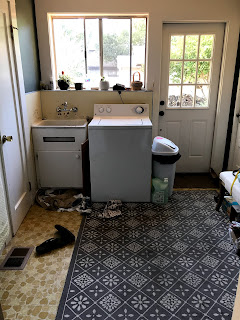 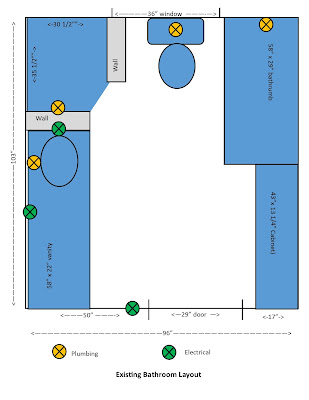